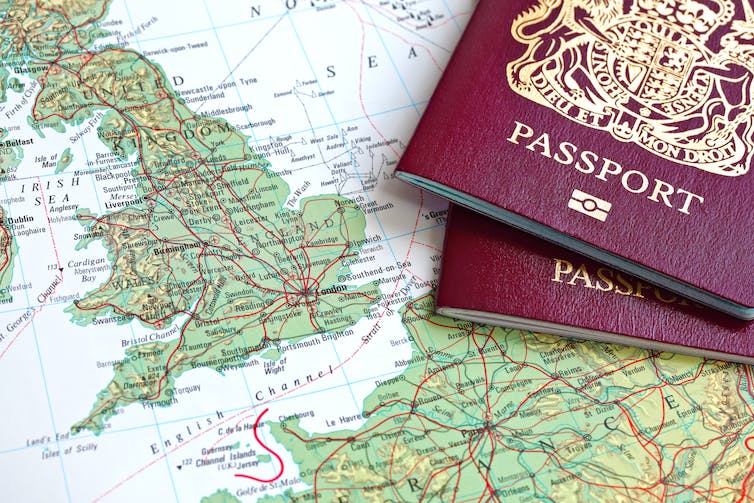 Image by Brian A Jackson/Shutterstock.com By Karen O’Reilly, Goldsmiths, University of London The UK’s Office for National Statistics (ONS) has recently produced estimates of the number of British citizens living in the European Union (EU). The numbers, apparently, have declined from 1.22m prior to 2017, to “around 900,000” (Jan 2017),... Read more →

Pine processionary caterpillars out and about IF you have seen white, candyfloss like webs high in pine trees, keep a watchful eye on the ground for the pine processionary caterpillar. It is at this time of year that the caterpillars head to woodland floors in search of a place to pupate and it is when you... Read more →

BE warned, if you take your dog for a walk on the streets of Périgueux and fail to pick up its poo then you face a fine of 68 euros. The local council has had enough of cleaning the streets, with highways staff picking up around 100 kg of poo... Read more →

A snowy start for many in the Dordogne

MANY people in the Dordogne will have woken this morning to a centimetre or two of snow, as winter takes a bite before its time is up. Here in Loubéjac the snow began falling late evening and by the morning a still, white blanket covered the ground, with few people... Read more →

FRENCH public holidays for 2018 are set to favour the workers over the bosses as many days off take place close to the weekend this year. One advantage of the long weekends is that they should help boost tourism numbers especially if the weather plays nice and the sun shines.... Read more →

Plans outlined to provide full addresses for all in the Dordogne

THE Dordogne authorities are to press local mayors to give a full address to homes and properties to help the emergency services and la poste locate buildings. France Bleu Périgord reports that many corners of the Dordogne do not have a full address of a number and a name for... Read more →

A STRIKING statue to one of The Cockleshell Heroes, who took part in a World War Two mission to blow up enemy ships in the port of Bordeaux, has been unveiled in his home town. The bravery of Royal Marine James Conway is honoured with a permanent memorial in Stockport... Read more →

Soldiers to patrol Dordogne towns and attractions during Christmas

SOLDIERS are to be deployed to tourist attractions and towns in the Dordogne as security measures are maintained as part of the Opération Sentinelle plan to protect against terrorist acts. France Bleu Périgord reports that 33 military personnel from the 126ème Régiment d’infanterie de Brive will be on patrol during... Read more →

WITH overnight temperatures set to be around -5°C this weekend, the Dordogne authorities are ready to offer help and support to those most in need. Around 100 emergency places will be made available in Périgueux, Bergerac and Sarlat providing homeless people a warm place to stay in the fight against... Read more →

ANIMAL rights groups including the Brigitte Bardot Foundation, One Voice and the League for the Protection of Birds (LPO) have called for a ban on the presence of animals in circuses in France. Their demand comes after the death of an 18-month old circus tiger that was shot after it... Read more →