UNESCO has granted World Heritage status to a prehistoric cave in southern France which houses the earliest known man-made drawings.

The Grotte Chauvet in the Ardeche region “contains the earliest and best-preserved expressions of artistic creation of the Aurignacian people, which are also the earliest known figurative drawings in the world" UNESCO said and went on to highlight the importance of the caves.

Located in a limestone plateau of the Ardeche River in southern France, the property contains the earliest known and best preserved figurative drawings in the world, dating back as early as the Aurignacian period (30,000 to 32,000 BP), making it an exceptional testimony of prehistoric art.

The cave was closed off by a rock fall approximately 20,000 years BP and remained sealed until its discovery in 1994, which helped keep it in pristine condition.

Over 1,000 images have so far been inventoried on its walls, combining a variety of anthropomorphic and animal motifs.

They are of exceptional aesthetic quality, demonstrate a range of techniques, including the skillful use of colour, combinations of paint and engraving, anatomical precision, three-dimensionality and movement.

They include several dangerous animal species difficult to observe at that time, such as mammoths, bears, wildcats, rhinos, bison and aurochs, as well as 4,000 inventoried remains of prehistoric fauna, and a variety of human footprints.

A replica of the cave is under construction, and is due to open in April 2015.

The many faces of British poverty in France 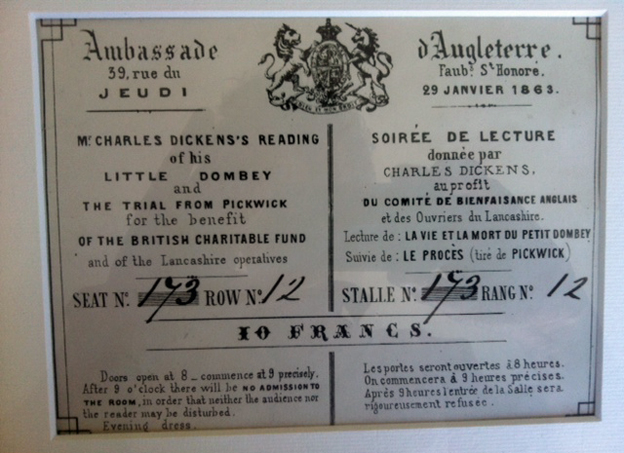 A little-known charity has been helping out destitute British people in France for nearly 200 years. If the causes of poverty were once wars and revolutions, now it's more likely to be a house purchase gone wrong.

Just a few years after the fall of Napoleon at the battle of Waterloo, the British community in Paris was growing fast.

Encouraged by a fashion for things English under the restored French monarchy and by growing unemployment at home, thousands of workers - bricklayers, ostlers, servant-girls and governesses - were trying their luck across the channel. Discussion between Harry Shindler and Viviane Reding, from September 2013
THE campaigning work of 92-year-old Harry Shindler that would see UK expats enjoy voting rights in Westminister elections, has been recognised by the vice-president of the European Commission.

Speaking at the Centre for European Policy Studies in Brussels, Viviane Reding, who is also the EU Justice Commissioner, said Harry Shindler was a 'remarkable' man who had 'lost his voice in the nation for which he fought'.

Now living in Italy, Harry Shindler has been calling for all UK expats to have the right to vote in UK elections, a right that is lost once someone lives overseas for more than 15 years.

In her speech, Viviane Reding cited Mr Shindler as an example of a 'remarkable campaigner for rights' explaining: "A British veteran of World War Two, Mr Shindler fought for his country during the liberation of Rome. He returned to Italy, and this caused him big trouble: because he has now been living in Italy for more than 15 years, he has lost his right to vote in national elections in the United Kingdom.

"He has lost his voice in the nation for which he fought. And he is not alone: there are many EU citizens who are disenfranchised simply because they used their right to move to another EU member state."

The UK is one of five countries that Viviane Reding has called on to end the practice of ending voting rights after a certain time if someone takes the option to live in another EU country - the others are Cyprus, Denmark, Ireland and Malta.

The EU Justice Commissioner said it was 'about making sure citizens do not lose one right because they exercise another'. FRENCH air traffic control staff have said they will take strike action from 24 to 29 June, 2014.

The SNCTA and Unsa-ICNA unions said they expect strong backing from their members for the protests and are warning travellers to expect 'a large number of cancellations and major disruption'.

Unions are unhappy at proposals put forward by the EU's Single Sky Europe plan, which aims to reorganise European airspace based on traffic flows and not national borders.

The unions say this will only result in staffing cuts and will threaten air traffic movements across France.

French boy fakes kidnapping to avoid going to the dentist

A major dispute between the United States and France over penalties threatening BNP Paribas took a sudden turn on Thursday with the removal of a top executive at the French bank. The departure of chief operating officer Georges Chodron de Courcel signals…

The battle for Alstom's energy assets intensified on Wednesday with Germany's Siemens joining forces with Japan's Mitsubishi to draw up a bid for the French 'national jewel'. The announcement by the German-Japanese giants however failed to gain traction…

A "humbled" US President Barack Obama led an emotional tribute on Friday to the thousands of troops who gave their lives to liberate Europe from Nazism, on the 70th anniversary of the D-Day landings that "shaped the security and well-being of all posterity…

France coach Didier Deschamps ruled star winger Franck Ribery out of the World Cup on Friday dealing a huge blow to France's hopes of winning in Brazil. A back problem, the latest in a series of injuries to hit the 31-year-old Bayern Munich forward'…

IMF's Lagarde: 'I am not candidate' for European chief

IMF managing director Christine Lagarde said Friday she was "not a candidate" to become head of the European Commission. "On this EU thing, I am not a candidate. I have a job, I happen to think it is a rather important job and I intend to complete my…