October 2013 proves to be one of warmest on record IT has been one of the hottest Octobers since 1900, claims Météo-France, with average temperatures 2°C higher than the normal 11.5°C.

Météo-France said it was the sixth hottest October since 1900, but there was also 10% more rain across France than average, except in Corsica and along the Mediterranean.

The monthly report also takes a look at the recent storm that hit the north west corner of France, and the UK, with wind speeds of 147km/h registered at cap Gris-Nez, in Pas-de-Calais.

Hostages' ‘strange’ beards and clothes trouble Le Pen
Far-right leader Marine Le Pen said on Thursday that images of four French men freed after three years being held hostage by Islamists had left her feeling “uncomfortable” and called on the men to explain their “strange clothing” and long beards.

French intellectuals under fire after demanding right to visit sex-workers
Magazine petition aimed at countering government's proposals to criminalise anyone who pays for sex in France.

Elysée chef spills beans on French presidents
Chef Bernard Vaussion has been cooking for French presidents at the Elysée Palace since 1974. Retiring from public service on Wednesday, he has published a book detailing his bosses’ tastes. 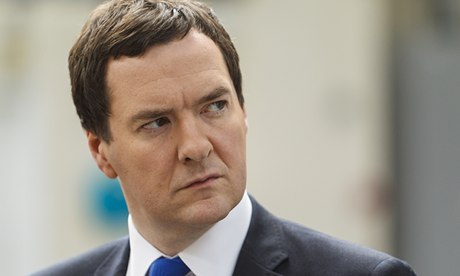 The government is reported to be considering a tax for overseas investors buying UK properties, in a move to stop house prices rushing out of reach of homebuyers.

Sky News claims that the chancellor, George Osborne, is "actively investigating" charging capital gains tax (CGT) when foreign buyers sell UK homes, in a move that will bring their taxation in line with UK citizens.

Currently, only UK citizens and residents pay the tax, which is charged on profits made from the sale of any property that is not the owner's main home. Basic rate taxpayers pay 18% of the profits, while higher rate payers hand over 28%.

I WONDER how this might affect British people living in France, who are considered resident in France for tax purposes, and who still have a property in the UK? No real detail is provided, but could be one to keep an eye on when December's autumn statement comes round. IT is feared that one of the most famous names in French retail, La Redoute, will lay off around 700 staff as its owner looks to sell the business.

Kering, the business group that owns La Redoute, has not confirmed any possible lay-offs but said discussions about a sale had been taking place.

La Redoute, which was created in 1837 and is based in the Nord-Pas-de-Calais region, is an important employer for the area and local officials have called for a meeting with the business owners.

The company became a success with the sale of clothing and other items via catalogues and postal deliveries, but was also quick to take up online sales, however as competition has increased it has struggled, with staff saying investment is lacking.

Four Frenchmen kidnapped in Niger three years ago have arrived back in Paris after being released.

President Francois Hollande welcomed them home at a military airfield.

The four were seized by al-Qaeda-linked gunmen in raids targeting French firms operating a uranium mine in September 2010. They were held in the northern desert of neighbouring Mali.

THE battle over Sunday shopping has taken a step in favour of retailers, and some would say staff, after two DIY stores were granted permission to open their doors.

DIY chains Leroy Merlin and Castorama have been successful in court in gaining the right to open for Sunday trading, after a complaint filed by rival Bricorama was overturned.

Bricorama said if it was forced to stay shut on Sundays, then Leroy Merlin and Castorama should do the same who had faced an earlier court order to keep around 15 stores across Ile-de-France shut.

Interestingly the court case saw staff in opposition to unions, after they said they wanted to work on Sundays as they would receive increased wages.

Unions have constantly opposed moves by larger stores from opening for Sunday trading, saying that the day should be kept for workers to spend time with their families.

But with a tangle of rules and regulations covering Sunday trading providing retailers with many loopholes, critics say a complete reworking of legislation is required.

While staff also say that with the current squeeze on finances, and rising unemployment plaguing much of France, reducing the opportunity to earn a living is does not reflect modern times.

Introduction of eco-tax to be suspended, says French prime minister

THE French prime minister has decided to suspend the introduction of an eco-tax for heavy goods vehicles after protests and growing opposition.

The new tax was set to come into force from 1 January, but Jean-Marc Ayrault has said it will be halted for now whilst more discussions take place.

Employers' and farmers' unions welcomed the announcement, while calling for the suspension to last until the current economic crisis is over.

Over the weekend violent clashes broke out between protesters and police in Brittany, as anger against the eco-tax intensified, with opponents saying it was a cost many businesses could not take.

Brittany has been the focus for much of the anger due to the transport costs faced by agricultural firms that owners said would force their costs up and threaten thousands of jobs in the region.

Couple arrested after child found in car boot in France

French investigators are trying to unravel the harrowing case of a girl who was found in the boot of a car and who might have been hidden there since birth.

A mechanic discovered the naked, malnourished and dehydrated child aged between 15 and 23 months on Friday while the car was at a garage in Terrasson, Corrèze, central France.

The garage workers told TF1 television that a woman in her 40s brought a Peugeot estate car in for a basic repair that involved changing a part. When the workers heard scratching and moaning from the boot, they asked the woman if she had a dog or cat in there.

Manchester to Bergerac flights for summer 2014

DIRECT flights will start between Bergerac and Manchester from May 2014, operated by Jet2.com.

The summer service will offer flights starting from £31 per person, including taxes.

THE government of Francois Hollande is being criticised for constant changes in policy as it has decided to water down a proposed increase in taxes on savings plans.

Just last week tax rates on interest from several kinds of savings plans were set to be introduced at a rate of 15.5%, but in the Le Journal du Dimanche newspaper budget minister, Bernard Cazeneuve, backed down.

He said that the government had dropped the plan and the tax increase would apply only to certain life insurance policies.

Not surprisingly the opposition accused the government of forever changing its plans, whilst welcoming the change.

"We have heard the concerns of small savers," finance minister Pierre Moscovici said on Europe 1 radio.

Tax issues are becoming a thorn in the side of Francois Hollande with the extremes of two policies in particular providing plenty of opportunity for critics to target the president and his government.

In Brittany agricultural workers and lorry drivers have clashed with riot police during protests over the introduction of an eco-tax for HGVs, which they say will push up their costs.

While the owners of football clubs in the top two leagues in France will stage a boycott of matches later next month over plans for employers to pay a 75% tax on employees' earnings above a million euros.

The French government's appetite for increased tax revenues from all corners of society comes as it faces an EU-mandated deadline of 2015 to bring the state deficit below three percent of gross domestic product.