ON a warm summer's evening the church at Besse, in the Dordogne, welcomed the choir from the neighbouring village of Villefrance du Perigord.

Besse is nestled away in the oak and chestnut woods of the area, and as the sun began to slowly set it drew a quiet, reverential audience into the church.

Walking up the stone steps to the church takes you through an archway topped with a cross, whilst around the doorway are a collection of stone carvings probably dating from the 11th century.

The archway depicts scenes of the Redemption, with Adam and Eve, St Michael slaying the dragon, and if you look to the right of the archway two small mushrooms.

These have nothing to do with the Redemption but are believed to be the stone carver's signature, signifying the workman's connection to the forests of the area.

Inside and as the choir of Villefrance du Perigord progressed through its programme of music, from classical pieces to favourites from popular French films, their voices rolled around the strong stone walls.

The deep history of the church in Besse resonating with the sweeping highs and lows of the choir. WHEN writer Susie Kelly took to the road with her husband and two dogs for a tour around France, she met many a character and experienced a book-full of adventures.

Here in an extract from Travels with Tinkerbelle – 6,000 miles around France in a Mechanical Wreck we take a trip into the mountains.

An Alpine Interlude, by Susie Kelly

Seven foot high snowdrifts line the side of the road at La Casse Déserte, where baby trees and clumps of tiny purple flowers grow among sweeps of fallen shale.

Russet-coated goats graze the meagre vegetation among the snow patches, and the barren rocks flush a soft golden beige, almost apricot, in the afternoon sunlight.

Continue reading "Fire up your engines for Travels with Tinkerbelle" » JUST a quick reminder that from Sunday, 1 July new regulations come into force requiring you to have a single use alcohol breathalyser in your vehicle.

The rules cover everyone driving in France, so if you are coming on holiday here in the next few weeks then make sure you have at least one, preferably two, in your car.

The breathalysers have to include the NF graphic to show they are compliant with the French regulations, a quick look at some popular online shops showed they had the recognised equipment in stock.

One thing to look out for is that the breathalyser is valid to use as there is a 'best before' date on them.

IF you are stuck in the office, or just want a quick escape route to the French countryside, here is a pick of photos from around Loubejac, at the southern tip of the Dordogne.

Wooded hillsides, wild strawberries and lines of poppies have been on show over the past few weeks, so whilst out and about I try to capture some of these scenes.

To click through the images at a higher resolution they are gathered together on Flickr under Loubejac Scenes. AND to think it was only a couple of weeks ago that greater transparency was brought to proposed oil and gas drilling plans across France.

But the French environment minister, Nicole Bricq, who was behind the introduction of the new measures to open up her department has been 'shuffled' out of her office following the recent legislative elections.

Alongside the placing online of papers relating to drilling proposals such as controversial shale gas extraction plans in south west France, Nicole Bricq put a block on Shell and its plans to drill for oil off French Guiana.

But with her shift from the Ministère du Développement durable came the news that Shell would be able to carry on with its drilling operations in French Guiana, and no one appears to know whether Nicole Bricq jumped to her new government job or was pushed.

THE magical world of Shakespeare's A Midsummer Night's Dream will be performed against the backdrop of some of the most beautiful villages of south west France.

London-based theatre group, Antic Disposition, are returning to a number of locations including the medieval village of Belves, as well as the view across the fields from Loubejac, in Dordogne.

The Shakespeare Festival will take place from 7 to 16 August, 2012 with seats priced from €20 and children under 13 enjoy free entry.

Performances are in English and begin at 8.30pm.

Receive details of work on power cables near you IF you own a property or land that has high voltage electricity lines running over, or under, it, a new website has been launched to help keep you in touch with work taking place on them.

Info travaux sur les lignes RTE enables people to register an account and provide details of the high voltage cables near them.

The service covers work on the réseau haute et très haute tension (RTE), which are lines between 63 kV and 400 kV, dealing with both pylons and underground cabling.

Pylons have large red coloured plates on them showing a registration number and it is this that you enter into the website to receive information in the future.

Then when vegetation clearance, repair work or painting of the towers takes place, registered users will receive details of when the workforce are in the area.

This new service will run in conjunction with public notices made available in the mairie and local press. ONE of the quickest ways I have found to learn a language is to watch videos with subtitles letting you pick up words and phrases.

So a cute use of video technology from a website called Fleex may help you with your French language skills.

The site is actually aimed at French people keen to learn English, but you can flip it on its head and watch English language video with French subtitles running underneath.

Fleex is still in the early stages of development, but once you sign up for an account you can access a variety of videos from the TED talks series, which deal with new thoughts and ideas from around the world.

So not only are the videos interesting, the technology behind Fleex enables you to 'blend' the amount of subtitles being displayed on the video.

For example, if you are struggling to keep up you can reduce the amount of subtitles in French so that there are more in English or none at all, you do this with a small slider tool that is laid over the right hand side of the video.

Because Fleex is aimed at French people learning English there is also a built-in dictionary which works on the English words when displayed in the subtitles and the video is paused.

As you move your mouse over the word with just one click you can get a French definition, again a useful little feature.

Clearly the technology could be reversed so that French language videos feature English subtitles, but if you are keen to improve your language skills then Fleex is an interesting new tool to try. A RECENT article on the Daily Mail website caused a bit of a stir as it claimed 'British expats face a shock £8,000 fine'.

The article covered tax rules concerning trusts in France, but with phrases like 'stealth ploy' and interviewees being quoted as saying the 'French authorities are absolutely gunning for British expats' there did appear to be a touch of top-spin and scaremongering.

So offering up an alternative view of the tax rules is regular contributor to the site, Guillaume Barlet, a French lawyer at Bank House Investment Management:

"The article is indeed a bit of scaremongering although it is based on some truthful elements. The concept of a trust is surrounded in France with great legal and tax uncertainty which does not help. The trust is, as such, an institution unknown to French law, which always renders it difficult to identify.

A specific tax system has been established by a French Act on 29 July 2011 (the conditions of application of this Act, although partially enforceable, should be specified in an implementing decree yet to be issued). 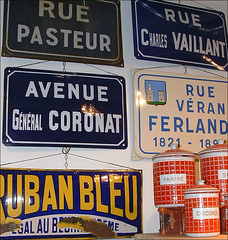 FRENCH airline Air France has announced it will cut more than 5,000 jobs, which amounts to around 10% of its workforce by the end of 2012.

In a detailed statement, Air France said it would 'increase economic efficiency by 20% by limiting changes to the payroll and by increasing the efficiency of time worked, by not replacing staff who leave and by improving processes'.

Whether unions revert to strike action, or decide to consult with airline bosses, remains to be seen but with the summer holidays just around the corner any threat to flights during this period has to be taken seriously.

The European Commission has said that France is one of ten countries that has to improve cages for egg-laying hens in line with EU law.

The countries have failed to comply with regulations that came in on 1 January, 2012, which said hens must be kept in 'enriched cages' with extra space to nest, scratch and roost.

If the countries fail to take steps to improve the situation then they could be taken to the European Court of Justice.

The UK has come bottom, with France second from bottom, in a study of how well school children can use a foreign language.

A European Commission study of 14 EU countries found on average 42% could deal with 'straightforward' matters in another language.

The findings put England at the bottom of the table, after France, while Sweden came top.