So you think you want to move to France?

So you think you want to move to France? 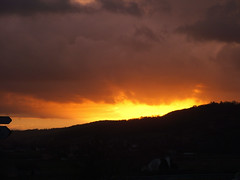 Don't let your clouds blot out the sun
I WOULD imagine many of us have moved home at some time or another and for varying reasons, writes Coral Luke.

Whether it be for work, to have more space or as an investment, you decided a move would be a pretty good idea.

But for some people a move is often undertaken in response to a negative situation rather than a positive one, and usually it never solves the problems that they believed would disappear in a new environment.

It is challenging enough if you are moving to a new home in your own country, but to move to France, or anywhere else, and think it will solve everything is another matter.

Whenever I have moved house, invariably the task of ploughing through the loft or garage is part and parcel of the move. Then my husband and I have to decide what to keep and what to send to the charity shop or boot sale.

We have the 'special' items that are precious to us from our children's childhood and family photos, otherwise he says "if we haven't used it in the last year we don't need it".

When we moved from our first house in France to the one we are in now we had boxes that had never been opened, so he had that 'I told you so' look on his face.

This baggage is something many people can relate to, wanting to hold on to items of sentimental value, but other baggage that we acquire weighs us down and makes it difficult to move on in our lives as well as causing us stress we could well do without.

I have come across people who have moved to France due to various reasons, and in many cases not for the right ones.

If, as one person told me, there are relationship problems, either between a couple or a family, the problem will not disappear just because you move across the Channel. 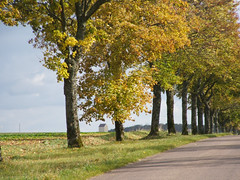 Idyllic French life can be fiction
If you have read those love stories in a magazine where a couple fall out and the girl/boy move abroad to get over the love of their lives only to meet in a café, or on a sandy beach because the other came looking for them or happened to be on holiday and love was rekindled for them to live happily ever after; forget it.

It is a writer's imagination.

People who have financial problems will not solve them by skipping the country. Running away from them is not a solution because they can catch up with you.

One person I spoke to thought they had managed to evade the ever increasing debts they were acquiring. By fleeing the country they thought they could make a new start: wrong.

People from H.M. Revenue and Customs to private agencies have ways and means of tracing people. They got his address somehow and a letter landed in his box. He has now made arrangements to pay back his creditors at an affordable rate. Agencies can also liaise with a company in France to exercise their rights of recovery.

The troubles one lady had nearly brought her to a nervous breakdown. She was a good listener and everyone brought their problems to her, unfortunately there was no one prepared to help her cope when she had problems of her own.

In a desperate effort to 'get away from it all' she moved to a village in France. Unfortunately her language skills were basic and she could barely communicate with her neighbours.

She still carried the baggage from her old life and it weighed heavily on her. She started to learn the language and became friendly with a neighbour who would chat and have a coffee. Then the neighbour started telling this kindly lady all her problems.

With a lack of vocabulary skills and not wanting to be rude she listened to all the moans and groans. She found she had to take herself off for walks or go for drives to avoid her neighbour, the whole exercise of moving to get away from other people's problems and deal with her own had been spoiled.

When considering a move to a new life you can't run away from something; just run to one, for the right reason.

Before even considering a move shake off the baggage. Part from a relationship on good terms and leave doors of communication open. 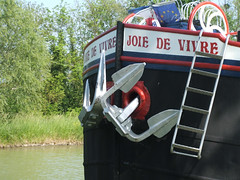 Steer a clear path to Joie de Vivre
Don't be emotionally blackmailed into staying put but gently and assertively say you are moving and if it doesn't work out you will move back.

Before trying to beat the bailiffs sort out any financial problems quickly and if necessary get expert help.

If you are adamant about moving set up a repayment plan before moving and keep creditors advised of your address. You might have to have an British bank account for payments but there is no problem in having a bank account in the UK with a French address, we have one for our pensions to be paid into.

If you find you are the shoulder people cry on you often have to be cruel to be kind.

If you are going through personal problems tell your friends that you would love to help but at the moment you have too much on your plate and you need to rest for a while. If you have been prescribed a medication just say it makes you sleepy and you are not able to get out and about and if they visit you might fall asleep while chatting.

Good friends will take the hint, if they don't they are not good friends.

My daughter came over with her children after her marriage breakup. It has taken a year to work through all the troubles she brought with her but with help from her family both in France and England, as well as the friends she has made, she is making progress.

Do you have any helpful advice to others who are looking to make a move to France, or maybe you've tackled your own problems and troubles? Please feel free to leave a comment below.

I read the above article, about dragging unwanted emotional baggage with you when moving to France, with much interest because part of what was written hit home. My daughter (and thus three grandchildren) and I are estranged. It is a very heartbreaking situation but something beyond our control. We did not decide to move to France because of it however. We looked upon this move as a way to enjoy the quality of French life and use our home here as a jumping off spot to see other countries. We have done exactly what the article said to do - we have sent our new coordinates to my daughter and it will be up to her to contact us. We do not allow this to affect our day to day lives and have put it in God's hands. "You are a long time in the grave," and we do not intend to allow this situation to affect what life we have left. It is so true that you cannot run away from your problems. You must sort them out and put them into some sort of perspective and this we have done.

Hi Lyn
Many thanks for taking the time to write of your experiences following a move to France, as you say dealing with a situation is important as time can pas very quickly.
All the best, Craig

Wow that was a downer. For some reason some French people like to be rude and cynical, acting as if they are better or whatever. In truth, if these people actually did have self confidence they wouldn't treat people with disdain or try to dissuade them from moving to France as you are doing with your silly little missive. Whether you are a French native or not is irrelevant, as is your pedestrian article. All people have problems. You need to stop.

Hi AM, many thanks for your message, but it is estimated that around a third of Brits leave France after moving there, so it is important that people think about why they want to start again in a new country.
And if you take a look around the whole site you'll also see plenty of other examples of people who have made a success of a move.
Hope you keep reading This French Life.
All the best, Craig

I have just seen your comment AM, so I am sorry I didn't respond to you before.

I would never want to stop anyone from moving to France, or anywhere else for that matter, as long as it is for the right reasons.

The people I spoke to had essentially 'run away' from something rather than 'running to' something and that is the essence of the problem. They couldn't be happy because they had moved for the wrong reason.

We moved knowing exactly where we were going and why; we had done our homework, sorted things out in the UK and then moved. As I said some people think the grass is greener but unfortunately it isn't always so. If you have moved and all is rosy that is fantastic but believe me, as Craig said, many people go back to the UK or their mother country disolutioned because they have moved to escape or not chosen the right place to move to.

We are lucky enough to have family and friends here and in the UK who support and encourage us, if only it were the same for everyone.

If people want to make the move I would say go for it, but only after they have sorted out any problems they have which make them want to move, they go for the right reason, to the right place (another reason for people upping sticks and moving back they don't find the right place here), they come without the baggage they were carrying before. Time heals and distance makes the heart grow fonder so they say but not always, out of sight out of mind is also true.

For every one person who moves successfully to another country there will be three who will move back, just because they didn't prepare properly.

I enjoyed this article. It made me think. I am going to live in France next year and this article made me evaluate the motives and reasons for the move. Good news for me, I do not believe that I am trying to escape from problems. Thanks for bringing up the subject. I think it is a topic that should be addressed.

Hi Jennifer, thanks for your message and it sounds as though you have given your move to France a great deal of thought. Best of luck during your time here.
All the best, Craig

I need to know some information.
I am American and my girlfriend is French.
We are thinking about getting married in France, but we want to know if it's possible to get dual citizenship for the both of us.
I have looked every where and I can't find much information for my situation. I need to know how it works, if we get married, do I automatically become a French citizen, or do i just get a green card and then apply for citizenship or what. I need some help. My e-mail is metalgearian@hotmail.com.
Thank you.